Marsha lives in a small tent community on a hillside near the Queen Anne neighborhood of Seattle. She has been homeless for over ten years, and in my ten minutes with her drank two beers and smoked half a pack of cigarettes, right after waking up at 10:30am..Tent communities, often in greenbelts inside of Seattle's neighborhoods, are a hidden and vibrant community for the men and women who cannot - or choose not - be part of the mainstream economy. A new initiative launched by Mayor Greg Nichols' office in 2008 legalizes "encampment sweeps" which would, with little notice, wipe away these campsite communities with the goal of putting people in shelters. Critics challenge that there are not enough beds to begin accept these new clients.. 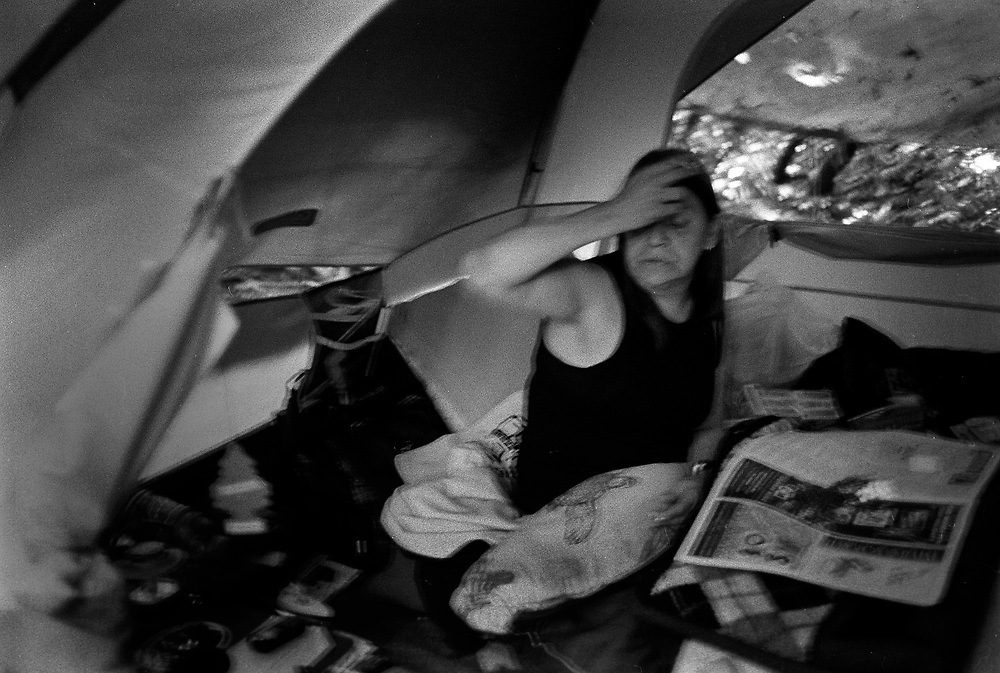