Poet and writer Faruk Sehic along the banks of the Miljacka river in the center of Sarajevo. He fought from 1992-1995 in the Bosnian National Army in Bihac before moving permanently to Sarajevo where he became a journalist and writer. He writes a column for one of the most respected weekly newsmagazines where he profiles individual Bosnians from around the country. The popular series has gained him a respect and notoriety in the country. His poetry is also highly regarded; his book "Street Epistles" won a major prize in Belgrade and was published in an edition with the original Bosnian with English translations side by side. 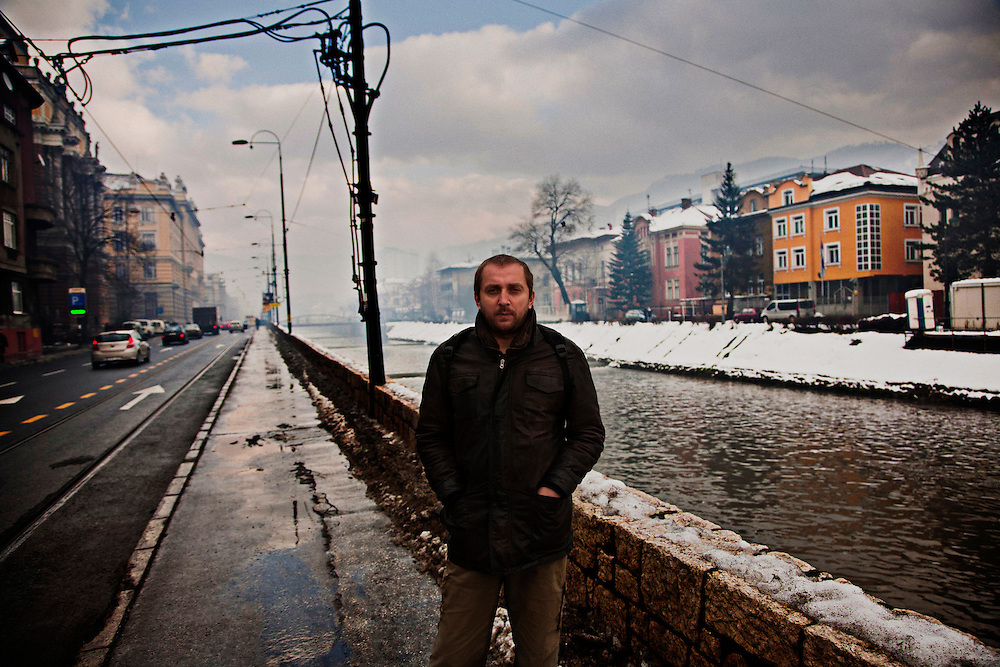