Adem Mocca Pajevic, 50, recently returned to Mostar after 14 years living in Kentucky, USA. He is a war veteran and a professional diving coach who first leapt from the Old Bridge in 1975. He now spends his days as a Mostari in his hometown. The tattoos on his chest read "Kentucky Diving Frog" and an image of the Old Bridge and a Mosque...Divers and tourists at Mostar's famous Old Bridge (Stari Most) in Bosnia and Herzegovina. This bridge is the city and region's biggest tourist attraction and there are busses full of tourists coming in from Sarajevo and Dubrovnik, Croatia. For 25euros tourists can train to jump from the bridge themselves, under supervision from the "professional" Mostar divers known as the Mostari. .. 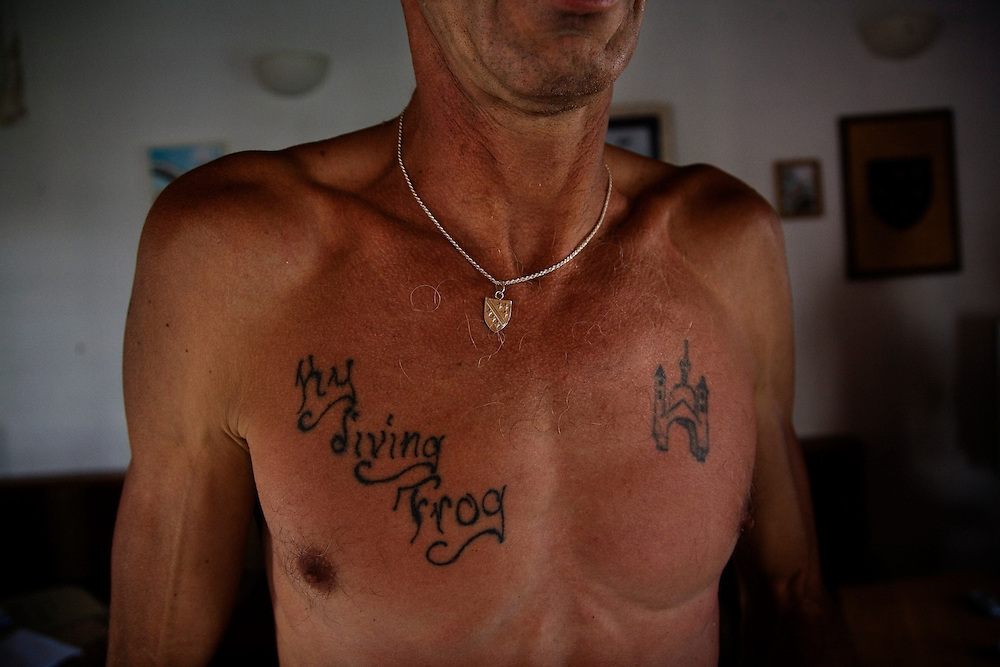