Hamdi Hysenaj and his friend Reshat Zatriqi point towards a Serbian neighborhood in Mitrovica that they say has "hooligans" who drop bombs near their homes. Hysenaj lives in one of three apartment towers on the north side of Mitrovica which are racially mixed. He says there are explosions and occasional violence around his home almost every week and claimed that his window was broken the night before when there was a reported grenade attack near his home...Mitrovica, February 15, 2009. 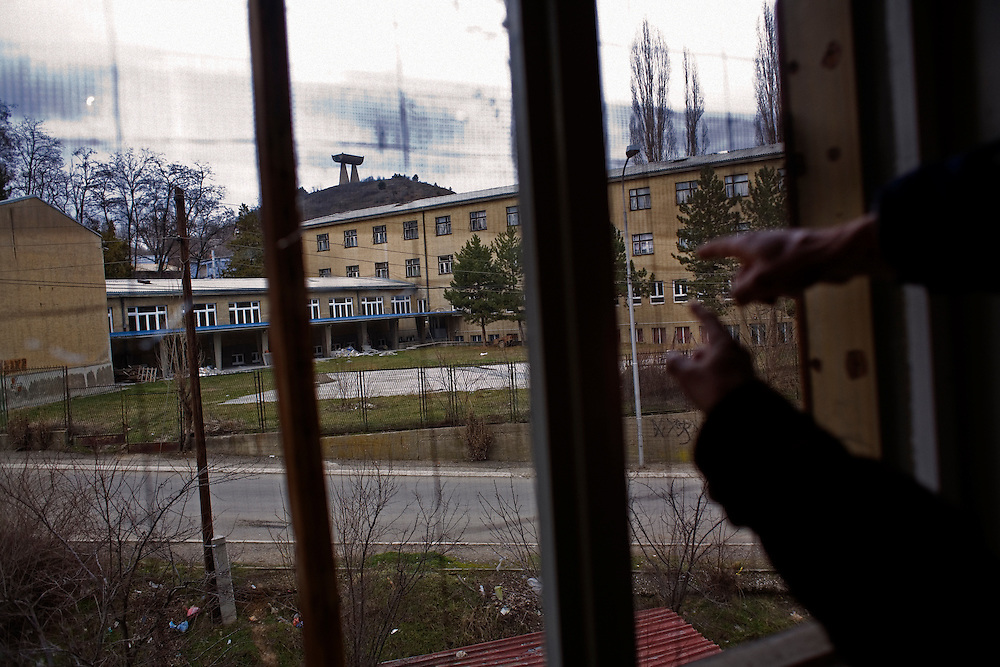