Øyvind, a 20year old Norwegian tourist, signs the ledger in the Mostari clubhouse before attempting his jump from the Old Bridge...Divers and tourists at Mostar's famous Old Bridge (Stari Most) in Bosnia and Herzegovina. This bridge is the city and region's biggest tourist attraction and there are busses full of tourists coming in from Sarajevo and Dubrovnik, Croatia. For 25euros tourists can train to jump from the bridge themselves, under supervision from the "professional" Mostar divers known as the Mostari. .. 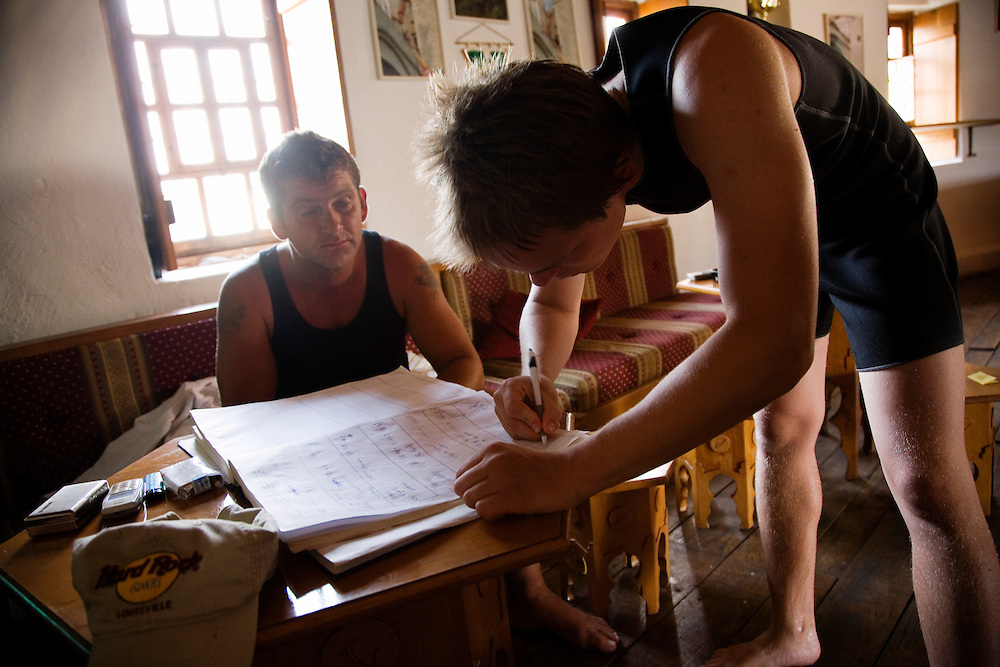